Today, the OpenNMS Group joined the ranks of other huge, profitable multi-national companies.

We got us a race car. 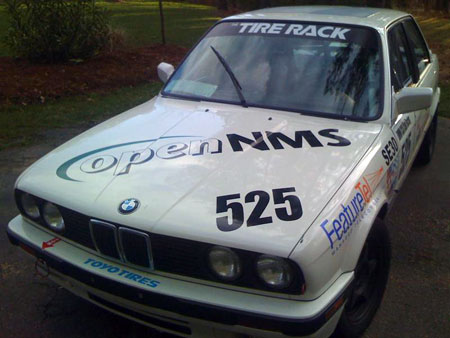 My friend Jason Tower has finally decided to get serious about driving, and he’s put together a Spec E30 race car. We were happy to sponsor him and we got the hood spot. 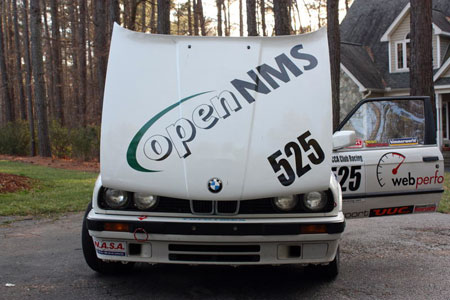 I really like the philosophy behind “specified” racing classes. The rules only allow for a limited number of modifications from stock, so while the car will always play a part in racing success, it is much more about the skills of the driver.

There is an analogy here with commercial vs. open source software. It used to be that just getting started as a software company required a lot of money. At a minimum you had to at least buy a compiler, if not expensive hardware on which to use it. This is similar to Formula 1 or NASCAR where teams require millions just to show up on race day, and the more money you have can directly relate to how successful you are.

Not so with Spec racing. Here all of the drivers are on equal footing and success is measured on merit, not how much money you have.

Open source has helped level the playing field. While having lots of money rarely hurts, today’s market is much more open. A group of people with great ideas and a good product can compete against much larger companies – and often win.

Now the pressure is on Jason – he’d better win. (grin)

UPDATE: This weekend’s race has been cancelled due to the snow storm (sigh).