Unless you’ve been away from the news for the last week, you’re probably aware that today is the 25th anniversary of the introduction of the Macintosh computer. It all kicked off with the famous “1984” Super Bowl ad. 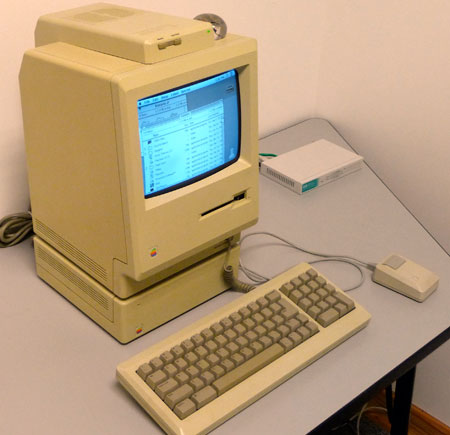 I didn’t use my first Mac until 1986 and I didn’t buy one until 2003, but in between I often used the machines of friends or at work. Also in 2003 I rescued an original Mac that was on its way to the dump.

When Giles Turnbull asked on Cult of Mac if anyone still had an original Mac that worked, I wrote up a short history of this machine and he was kind enough to post it on his website.

I think my Mac is a little unusual in that it has been upgraded and can be connected to the Internet. You can’t really do much with it outside of FTP, but there is rudimentary support for web browsing (Through MacWeb and NCSA Mosiac) as well as IRC (through ircle). I hopped into the OpenNMS channel on freenode but that screen shot didn’t make the article. 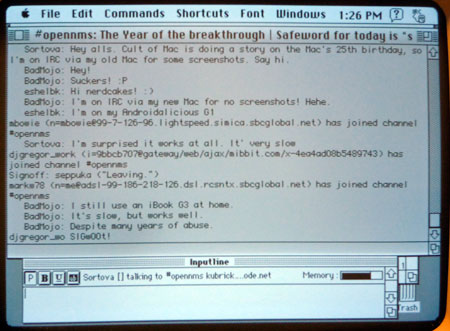 It’s a lot of fun to see both how far things have come in 25 years, but to also realize how far ahead of its time was the original Mac.

One thought on “Happy Birthday Macintosh”