My XO showed up yesterday. I spent most of the night downloading the latest firmware image which took about 4 hours over the hotel’s crappy Internet (it was only 250MB). 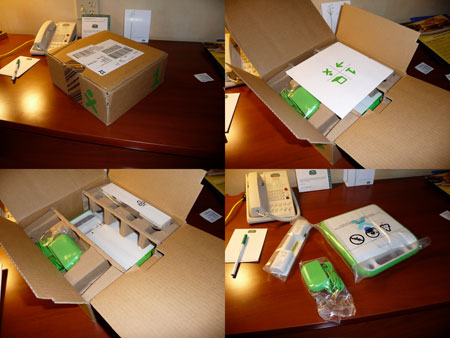 Following the instructions I based the box, installed the new firmware and then got it connected to the Internet for a “Software Update”. That took another couple of hours, but I didn’t want to go to bed until I had managed to get the developer key that would let me boot into Fedora. Then I went to bed.

This morning I got up and worked on getting the LiveCD of Fedora 10 working on the USB stick. This was a little tricky on my Mac so I ended up booting into a Fedora 9 VM I had with me, and once I figured out how to set the disk label to something other than “loop” I got the image loaded.

Unfortunately, it hasn’t gone very smoothly since then. When I boot into Fedora I get a kernel failure message on the desktop: 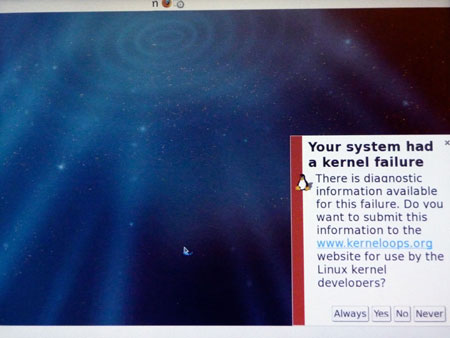 but can’t find anything useful in the logs. Then the load average starts hanging out above 10 and the machine is not responsive at all. But, hey, this is what testing is for.