Last year’s OpenNMS developer’s conference featured 8 people from two countries. This year we have almost 20 people from three countries, and we had to move from most people sleeping at my house to the campus of the University of Minnesota (Twin Cities).

We had a few requirements for a Dev Jam location:

1) We needed a conference room or two for sessions.

3) Lodging had to be within walking distance. We have such a wide variety of sleeping schedules, ages, etc. that the ability to easily take a nap was something we learned from the first conference as a necessity.

4) Food needed to be within walking distance. While stocked with plenty of healthy snacks and beverages (cough), including a case of Red Bull we figured that it would still be best if folks could walk to a real restaurant/Starbucks as needed. 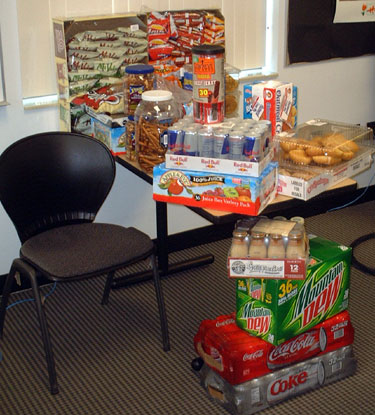 5) It needed to be near a major airport.

6) Cost is always a factor, as the conference is heavily subsidized by The OpenNMS Group.

We looked at a number of places, including Philadelphia, Columbus and San Antonio, but settled on using some dorm space at UofM. On top of meeting all of our requirements, the new Yudof Hall provides single rooms (two rooms share a bath), so we avoided any roommate problems.

This was mainly driven by Mike Huot, who also acted as a taxi driver between the MSP airport and the dorm. When I arrived I was so pleasantly surprised at how nice the facilities are, that I am considering holding next year’s conference at the same place.

While a small group of people had been arriving as early as last Thursday, most folks arrived when I did on Sunday (I would have come up on Saturday but I wanted to attend BarCampRDU). We had two people from the UK and one guy, Antonio, who came all of the way from Naples, Italy. 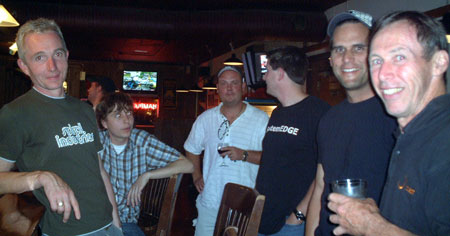 We’ve also been lucky in getting some sponsors. The OpenQRM Project, through Qlusters, is a platinum sponsor, and the UK-based home delivery grocery chain Ocado is a gold sponsor. So far meals have been sponsored by Papa John’s Pizza and an Italian company, Ars Informatica. It’s not to late to be a sponsor, so drop me a line if you are interested.