Well, while not really the official start of Dev-Jam, that’s tomorrow, today was when most people showed up. Despite some travel delays due to weather, as I write this most people have arrived. Craig’s plane should be in soon and Johan should be arriving by motorcycle from Denver any minute now.

Plus, today, people actually got to see a little surprise I planned. While in Portland I got a hair cut:

Like it? It actually took about three hours, since they had to bleach my hair first for the green “swoosh” of the logo. If you want your very own OpenNMS logo, head to Bishops Barbershop on Columbia and be sure to ask for Jake. He’s the only one who would even attempt it, and I think he did a great job.

Today Mike took me to an unusual place for lunch called Brasa. It was really good, and I plan to have them cater at least one meal while we are here. Then we went to Sam’s Club and stocked up on “supplies” for the week. 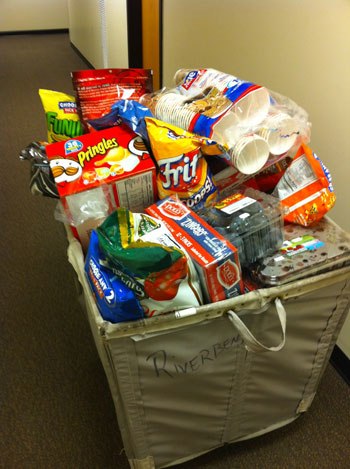 Then there was a bit of downtime while we waited for others to arrive. After moving into the Yudof Hall Club Room (where we will spend most of our time) we all went out to dinner at Sally’s. 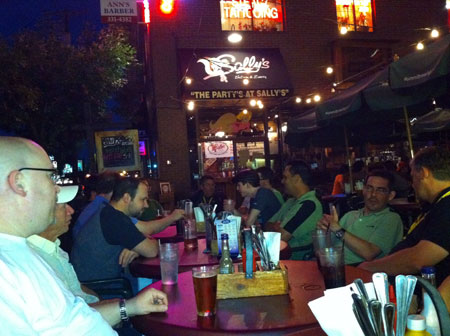