I smell like smoke, so this must be Texas.

I’m in San Antonio this week doing some work for Rackspace Managed Hosting. They were one of my original OpenNMS clients from back in 2002 and they are still going strong, having grown from a small company in the Broadway Bank building downtown to a publicly traded hosting empire. 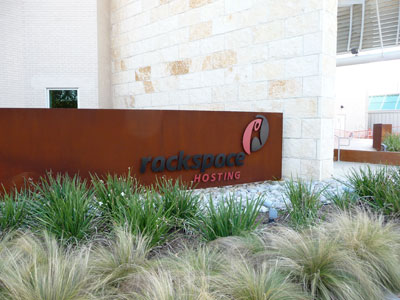 Today was my first trip to The Castle. Rackspace is continually outgrowing their space and so they decided to end the problem once and for all by buying a nearly one million square foot shopping mall. They are slowly converting it into high tech office space and moving all of their San Antonio staff into the building. The person I’m working with spends half his time there and half his time at the Datapoint location, so today we met at the Castle. 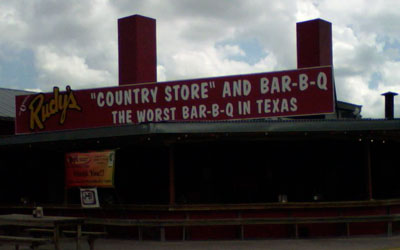 The Castle has another benefit: it is close to a Rudy’s. I’ve been a big fan of Rudy’s BBQ since my first trip to San Antonio, and while the only thing that could have made lunch better would have been a couple of bottles of Shiner, I did manage to pig out on brisket, turkey, ribs and sausage. Oh, don’t forget the creamed corn which probably has more calories per serving than a Snickers bar. Gotta have one’s veggies.

I’m pretty impressed with the new digs. It is much lighter and more open than Datapoint, and the morale seems ever so slightly higher. Plus, there is still some whimsy left over from the old days, like when they gave out a straight jacket for the Employee of the Month. 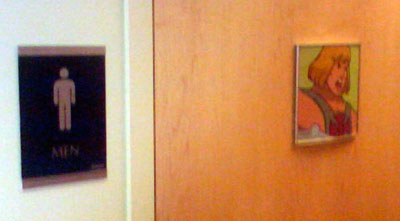