Just a reminder that I’m in San Francisco for OpenSource World. Today I’m at Gareth’s FOSS Dev Camp and tomorrow I’m on a panel discussion with Luke Kanies and Michael Coté, moderated by John Mark Walker. If you’re in town, remember the conference is free and I’d love to see you.

If you’re nice to me, I’ll show you the alpha version of the OpenNMS iPhone app that Ben is working on. It’s pretty nifty: 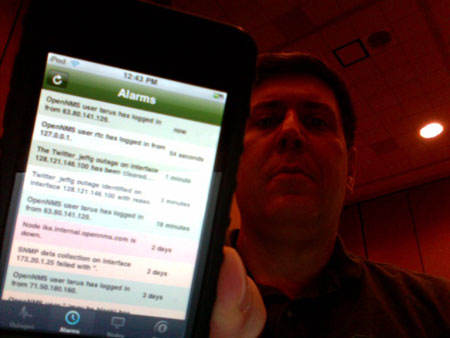 Last night I got to visit with Jason Aras, a member of the Order of the Green Polo. 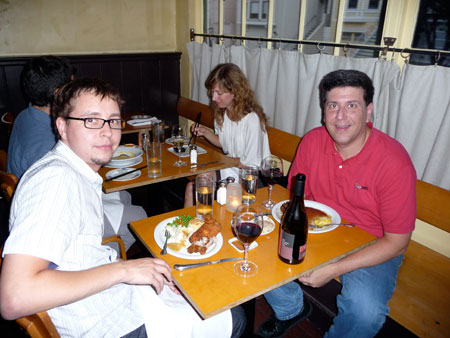 We went to a restaurant called Firefly that was really good, and it was nice to see “fastjay” again.

One of his coworkers at imeem asked him to thank me. I asked “what for?”

Well, apparently they just switched to OpenNMS from one of the “little four” and for two weekends in a row the on-call guys had zero false positives versus a usual run of about fifty (yes, that’s five-zero). I told him to get them to post their story for the Order of the Blue Polo and I’d send them a nice shirt.